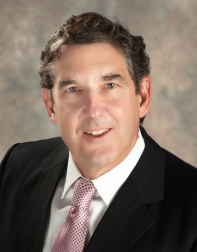 Paul F. Schimley is a Founding Partner of Schimley | Althouse LLP and leads the firm’s employment practices group. Mr. Schimley concentrates his practice on employment and labor law with an emphasis on defense of wrongful termination, discrimination, harassment, whistleblower, and wage and hour claims. He handles litigation and administrative proceedings and counsels employers with regard to employment practices, and has addressed numerous employer groups on relevant legal topics, including the mandated sexual harassment training under Government Code Section 12950.1.

Mr. Schimley is licensed to practice before all California state courts, as well as the United States Ninth Circuit Court of Appeals and the Southern, Central, Eastern and Northern Districts of the United States District Court for the State of California. He is a member of the Labor and Employment sections of both the Los Angeles County Bar Association and the Pasadena Bar Association, and he serves as a volunteer arbitrator on the Los Angeles County Bar’s fee dispute arbitration panel.